Join VIP to remove all ads and videos

Walkthrough for Blasphemous contains a detailed step-by-step area guide for going through the game. The walkthrough will include a list of all Items, equipment such as Prayers, Relics, Hearts, Rosary Beads, Abilities and information regarding the Enemies, Bosses, and NPCs that can be found through your adventure. For a progression path which indicates an overview for completing the main campaign, you may check our Game Progress Route page.

NPCs in the area

The Brotherhood of the Silent Sorrow is the game's starting area and serves as the game's tutorial section for various game mechanics.

The Penitent One Awakens 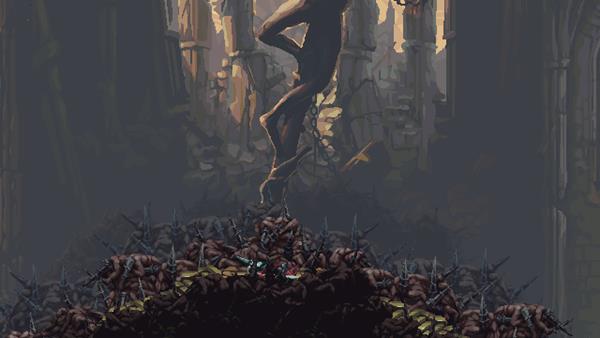 Players start off with the Penitent One awakening at the pit of the Brotherhood of the Silent Sorrow. 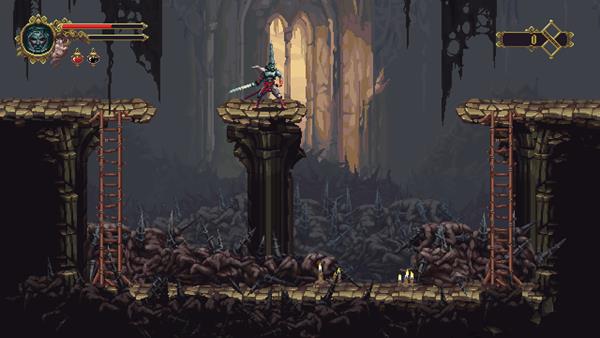 Go straight into the next room and jump onto the high platforms, just continue going straight and follow the prompts for the exploration movements until you reach the next room where you'll find your first Prie Dieu. 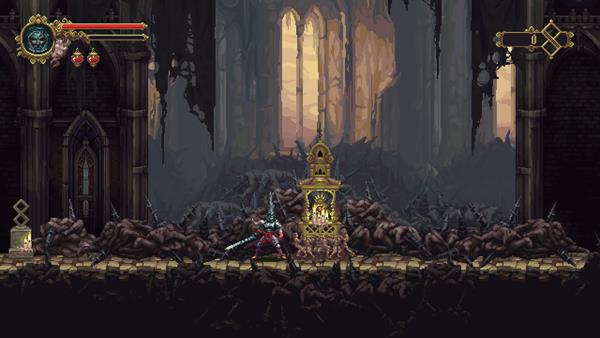 Approach the Prie Dieu and a tutorial window will appear that explains the usage of the Prie Dieu altars. After interacting with it, head towards the next room where you'll face your first boss Warden of the Silent Sorrow - a cutscene will then follow after defeating the first boss.

Warden of the Silent Sorrow 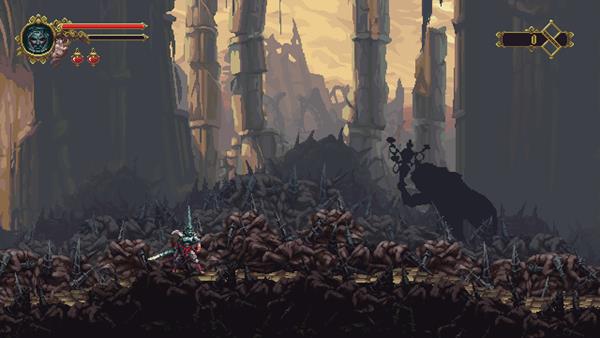 Its attacks can be easily avoided, for the jump attack, you can easily slide/dash once it jumps into the air to get behind the warden, then follow up with a basic attack once it's back down onto the ground. For the shockwave attack, try to keep your distance so that you can calculate the time to jump over the shockwave as well as to avoid getting hit if you're up close. To learn more about this boss, click here - killing this boss rewards you with 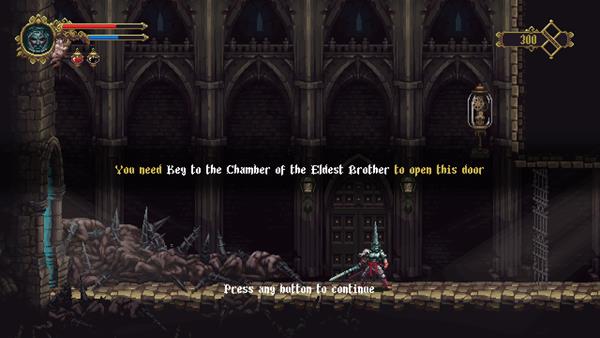 After the cutscene, proceed to the next room. You'll find a locked door that requires the Key to the Chamber of the Eldest Brother and a switch that's on the upper right side of the door. Flip the switch by jumping and executing an upward attack to unlock the gate that will take you to the next area, The Holy Line.